What was missing in the debates?

In politics and economics two themes seem to emerge in almost every conversation.  On the right, Mit Romney has exclaimed “We believe in individual initiative, personal responsibility, opportunity, freedom, small government, the Constitution.”  On the left Bill Clinton and Obama have attempted to make sure the public know, that “We are all in this together.”  From the liberal view, government can and should support initiatives that benefit the collective, believing that what makes our collective nation strong, will benefit everybody. 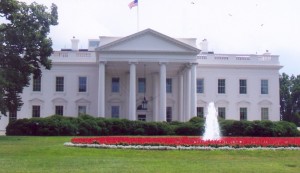 This tug of war between individualism and collectivism seems to exist in every intellectual pursuit.  These themes were present in designing Democracy and opening trade barriers; from philosophy in education to philosophy in sports.

Mounting evidence is showing in neuroscience, that this ‘tug of war’ exists prominently in the human brain.  According to Iain Mcgilchrist, author, psychologist and Neuroscience expert, the left hemisphere of the brain is being understood as a “force for individuation” and the right, a “force for coherence.”

In ecology, Darwin’s theory, ‘survival of the fittest’ might be compared with E.O. Wilson’s work and the benefits of cooperation, explained in his new book, the “The Social Conquest of Earth.”

Evolutionary biologist Elisabet Sahtouris explains her study of the evolution of bacteria and the tendency of organisms to break out from “the whole”, like an infant becoming independent from it’s mother, becoming an individual, distinguishing itself, until cooperation is eventually required to evolve, culminating with a re-communion of a new whole. This seems to indicate that at times, individuation is possible and at others, integration is essential.

This brings us to the question, how do we know who is right, in any given moment?

To take again from Neuroscience, Iain Mcgilchrist explains that “Wherever the whole is not the same as the sum of the parts, the force for individuation exists within and subject to the force for coherence.”

Though governments and societies have feared the freedom of individuals, we know in the United States that this freedom of individualization is what allows for innovation, and specialization.  When these elements are combined with cooperation, we see success. This is how the free market functions, and the ecosystem itself functions.  Species who are able to both specialize AND cooperate have a serious advantage. Biodiversity has been shown to in itself, stabilize the climate.

In the United States we developed an incredibly sophisticated balance between the individual and the collective, but it has begun to destabilize.  However, in many minds the most pressing issue is not the integration of citizens with American democracy, or workers with the economy.  It is the integration of U.S. humans, and the U.S. economy with the ecosystem;  A subject entirely forgotten by our culture, but one which effects the economy, our health and our politics. Here is a piece of art from European History with a piece from the Aztecs, who both had advanced civilizations in a similar time period. 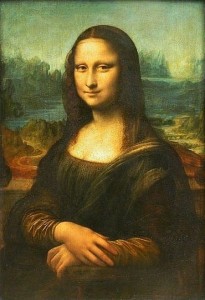 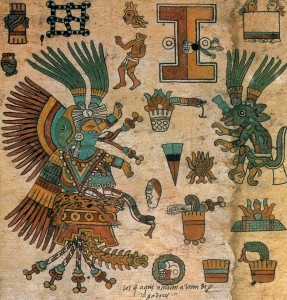 The Mona Lisa, like most other european portraits, were at the very least confined to one species. On the other hand, in the Aztecs, we see a culture, whose temples were constructed with the stars and whose Gods and Kings were intimately connected with other creatures.  Portraits, never portrayed individuals alone without other species and elements of the ecosystem.

From the life sciences, the mind sciences and even economics, there seems to be great evidence that we are needing to recontextualize our selves within the greater ecosystem.  Climate change, species extinction, and human health are just three of many reasons that humans are needing to find a way to re-integrate with the greater ecosystems and exist in healthy exchange.  The parts are no longer consistent with the whole. Theories are far from practice, and systems are not sustainable. Alignment will mean that success within the system will mean success for the individual and society. Economists are beginning to see that economic theory is being overshadowed by the theories of physics, and ecology.  Resources are finite, subject to the laws of thermodynamics; inputs are not substitutable and waste is becoming very costly.

Most agree that the narrowness of political debate does not serve us.  According to the sciences, in order to truly re-integrate our vision, we would not be required to ‘serve the collective’ or ‘put ourselves first’.  To achieve a new vision would require transcending the ‘utility’ of the left hemisphere, transcending ‘enlightened self interest’, and even to transcend ‘group selection’. This allows what historian of science Thomas Kuhn would call a “paradigm shift”,  allowing a new vision for what is best for us as individuals, based on a new and improved understanding of how the world works and what is needed.  The goal of systemic changes are to find balance with individuality, integrity and service, without compromising the individual or the whole.

People who have made this jump have come up with solutions like creating a steady-state economy, and different measurement indexes. People who want to correct inconsistencies have developed models like multi-tiered capitalism and green growth.  Incorporating a consistent model, Ecological Economics starts from a base level understanding that the economy is a subset of the ecosystem.  In the past Presidents and Senators have questioned the merits of GDP growth and the framework of ‘the ecosystem as part of the economy’. In 2010, 34 OECD nations signed onto a “green growth” platform.  Has anyone heard these concepts presented in the recent debates? I haven’t.

In the words of Milton Friedman, “.. government is essential both as a forum for determining the “rules of the game” and as an umpire to interpret and enforce the rules decided on.”

Naturally, government will require increased concentration of power, when the rules of the game stop adequately serving the citizens.